Ned serves as the deputy director of NYCAN after a decade of experience in education, and focuses the majority of his time on the Corps Knowledge initiative.

Born in Salt Lake City as the son of two English professors, Ned subsequently hopped across the pond to study writing and comparative literature at the American University of Paris. Stumbling across Teach For America while working on a paper on the legacy of Rousseau in contemporary education, he was fascinated by the organization’s social justice mission and quickly signed up.

First stepping foot into a classroom in 2005, Ned taught eighth grade English in the South Bronx to an amazing group of students and served as a teacher coach and mentor for Teach For America’s humanities corps members. He helped to manage Teach For America’s Chicago program before spending the last four years working to evolve the organization’s central pedagogical framework – Teaching as Leadership.

Based in San Francisco, Ned couples his fascination with education and politics by taking advantage of the region’s amazing hiking trails, museums and street festivals, along with bragging about the weather to his east coast colleagues.

I aspire to be like David Simon, the showrunner of HBO’s The Wire and Treme. Here’s why:

Simon has an amazing capacity to present the systemic inequities and complexities in urban America without losing sight of the fact that the true measure of these systems are about the impact they have on individual lives. The art of narrative, for Simon, is based on a worldview that storytelling is essential because it allows for empathy and discovery across lines of difference, unearthing parallels that reveal the essence of humanity. I hope to be half the writer he is, and just as uncompromising in vision.

Why I love my job:

Education has always been, at its core, about sociopolitical empowerment through knowledge. I’ve been fortunate to see hundreds of ‘bright spots’ across the country in the form of classrooms and entire schools, where students are achieving despite an impressive array of systemic challenges and injustices. I’m more convinced than ever that our country can provide a life of options and opportunities for all children if we have the political will and public determination—and I’m humbled to be able to play a part in ensuring that we do.

My connection to public schools:

I’m a product of the public schools in Salt Lake City, and I was fortunate to have access to the highest-quality programs. But those who lived in lower-income neighborhoods were slotted into tracks with the lowest of academic expectations. That motivated my application to Teach For America, and I saw it reflected again in the division between the private schools of Manhattan and my own school in the South Bronx. My students were brilliant, inquisitive, compassionate, incredible. To see the limited options they had as a result of their zip code drives me to this day.

Holding any semblance of a conversation before I’ve consumed a minimum of two cups of coffee.

The image that represents why I work at NYCAN: 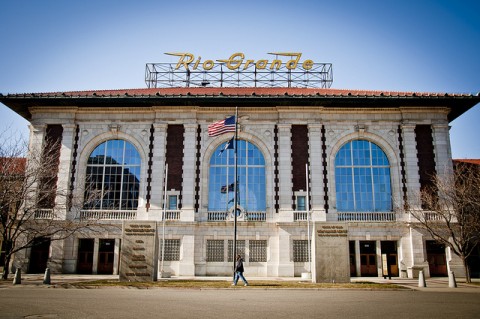 The Rio Grande Rail Depot in Salt Lake City is the predominant feature on the tracks that separate Salt Lake’s higher-income east side with the lower-income west. Having attended middle school blocks from the tracks, I saw a school that was structured by the rails – with students from the east side placed in one set of classes, and students from the west in another; an education system more tracked than the train engines that run on the Rio Grande. (Image source: Vxla on Flickr bit.ly/1PLYR74)